Firefighter Salary Around The Country

I’m going to run you through the firefighter salary pay rates for all the fire services around Australia, or most of them, to give you an idea of what you’re going to get paid as a firefighter. Then I’m going to do an average so that I answer that question broadly, but I’ll go as deep as possible on the data that we’ve got on the sheet behind it. I’ll also put the document up so you can download it if you want it all in one spot.

I’ll go through it all so it’s nice and easy to look at the service that you’re applying to and figure out how much you’re going to get paid. These figures are up to date as of, most of them, 2017. They’re as up to date as we could possibly get them at this point in time. So each year I’ll try and update this but this is how we’re going to do it for now.

SAMFS pay rate as of 2014 through to 2017 is as written in this document here. So you’ll have to download that one to get that.

DFES or WA Fire Service pay rate as of 2016. So, this one is a little bit old but you’ll get an indicative idea.

So that gives you a really good idea across the board of where you’re going to start. I’d say their starting wage is probably a higher one in the country. So you can earn anywhere from $60,000 to $150,000 in the fire service as a base rate.

The next one is the pay rate for Fire Rescue New South Wales as of February 2017.

ACT Fire and Rescue pay rates is another download.  You just have to read that one yourself. It’s all in one spot at least.

So slightly less than average but all the same, not too bad.

Northern Territory, all of PFES.

So slightly below average, I reckon just looking at it. But that’s the general gist of firefighter wages or firefighter salary for the different services around the country.

I’m Brent Clayton and this is Firerecruitmentaustralia.com. Be sure to subscribe to my YouTube channel so you don’t miss any important updates and other news like this.

P.S. Whenever you’re ready… here are 4 ways we can help you Get The Edge over the competition

1. Get Brent’s FREE Training – “How to Become Firefighter without wasting time”
Brent conducts free training where he shows you the proven roadmap on how to become a firefighter without wasting time and money. – Click Here
2. Join our Firefighter Recruitment Training page
It’s our new Facebook community where smart, aspiring firefighters learn how to get the edge and land in the top 5% — Click here
3. Join our Membership Implementation Program
Get access to all courses and software, LIVE Q&A group, access to the industry’s best aptitude and interview coaches. — Get into the Top 5% of Applicants – Click Here
4. Work with Brent and the team, privately
If you’d like to work directly with Brent and the team to give yourself the best chance for your upcoming recruitment campaign, let us know a little about your situation to see if we are a good fit for each other – Click Here
© Fire and Rescue Victoria.
Nothing contained in this post is to imply any endorsement from the CFA/MFB or its representatives.

FREE ONLINE TRAINING: Become a Firefighter Without Wasting Years of Your Life!

You're so close! Fill out this form and click the button to get
The 7 Most Common Mistakes FREE Report 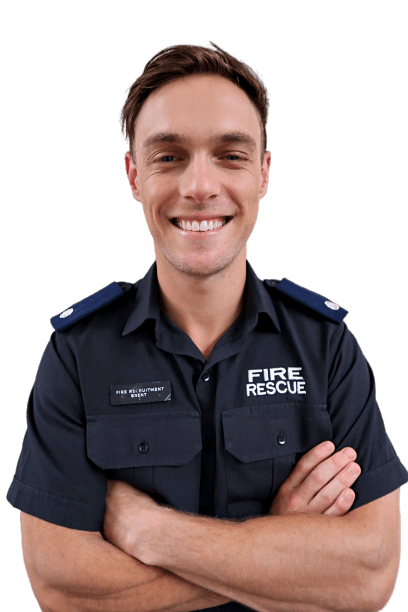